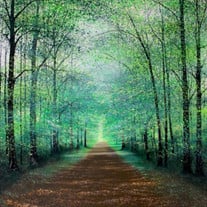 Funeral Service for Mr. Andrew William “Andy” Milwid Jr., 77, of Dadeville, Alabama, will be Saturday, October 9, 2021, at 11:00 am at the Chapel of Langley Funeral Home. Burial will follow in the Tallapoosa County Memory Gardens. The family will receive friends on Saturday, October 9, 2021, from 9:00 am to 10:30 am at Langley Funeral Home. Pallbearers will be Mark Strohmeyer, Scott Strohmeyer, Will Strohmeyer, Rob Creamer, Mike Ingram, and Mike Richardson. Along with Honorary Pallbearers, Past State Presidents of The Alabama Elks Association. Mr. Milwid passed away on Saturday, October 2, 2021, at his residence surrounded by his family. He was born on March 21, 1944, in Chicago, Illinois to Andrew William Milwid Sr. and Dorothy Escherick Milwid Mulkey. He was an active member of the Elks Lodge where he served in various positions at the local, state, and national level. Some of these positions included, Project Chairman for Camp ASCCA and Project Chairman for Alabama Elks Youth Camp. His true passion was working with the drug awareness program where he worked with First Lady Nancy Reagan to create the “Just Say No to Drugs” program working in schools for over 30 years. He was chosen by the U.S. Government to represent service organizations at a conference in Tokyo, Japan to explain how volunteerism works in the United States. He was also a member of the #71 F&M lodge in Dadeville. He was a generous spirit who always loved helping others. He is survived by his wife of 56 years, Ruth Milwid of Dadeville; daughter, Teri Strohmeyer (Mark) of Auburn; grandchildren, Scott Strohmeyer (Kate), Will Strohmeyer, and Sara Strohmeyer, all of Auburn; great-grandchildren, Hudson Strohmeyer and Riley Strohmeyer, both of Auburn; brother, Roy Milwid of Canada; sister-in-law, Lois Hamrick of Dadeville and several nieces and nephews. He was preceded in death by his parents and his stepfather, Jake Mulkey. In lieu of flowers, donations may be made to the Camp ASCCA Scholarship Fund 5278 Camp Ascca Dr. Jackson’s Gap, AL 36861 or to Encompass Health Hospice 33 Aliant Parkway Suite A. Alexander City, AL 35010. The family would like to thank Dr. Hinkle and the rest of the staff at Encompass Hospice as well as the Radiation Oncology Department at the Spencer Cancer Center for their generous care and devotion to our family.

Funeral Service for Mr. Andrew William &#8220;Andy&#8221; Milwid Jr., 77, of Dadeville, Alabama, will be Saturday, October 9, 2021, at 11:00 am at the Chapel of Langley Funeral Home. Burial will follow in the Tallapoosa County Memory Gardens.... View Obituary & Service Information

The family of Mr. Andrew Milwid created this Life Tributes page to make it easy to share your memories.

Send flowers to the Milwid family.