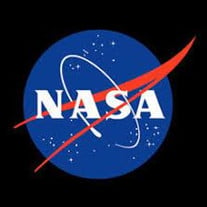 Mr. Charles R. Darwin, age 82, died on September 7, 2018. Mr. Darwin was born in Dayton, Tennessee on November 28, 1935. Mr. Darwin was preceded in death by his wife of almost 40 years, Georgia Ann McGraw Darwin. He is survived by his wife of 18 years, Janice Burkett Sanders Darwin. He is also survived by his brother, Gordon G. Darwin, his children, Charles R. Darwin (Julie) and Michael A. Darwin (Virginia), his grandchildren, David Darwin, Jana Darwin, Christopher Darwin, Andrew Darwin, Joseph Darwin, Stephen Darwin and Daniel Darwin, and four great grandchildren. Mr. Darwin graduated from Auburn University in August 1958 with a degree in mechanical engineering. He joined NASA in 1962 and had an outstanding career spanning 31 years with NASA ultimately retiring as the Director of Program Development at Marshall Space Flight Center in Huntsville, Alabama. Mr. Darwin was active in social, community and civic organizations. He also served on the Auburn University Alumni Engineering Council and as president of the Harbor Pointe Homeowners Association. He loved lake life, socializing, tailgating and motor home traveling. The family would like to extend their gratitude to the wonderful caregivers at Northridge Assisted Living and Dadeville Healthcare Center. Visitation for Mr. Darwin will be held on Thursday, September 13, 2018 at Red Ridge United Methodist Church in Dadeville, Alabama at 12:00 pm followed by a service at 1:00 pm and a graveside service at 3:00 pm in Memorial Park Cemetery in Auburn, Alabama. In lieu of flowers, the family asks that donations be made to Red Ridge United Methodist Church. Memorial messages may be sent to the family at www.langleyfuneralhome.com. Langley Funeral Home is in charge of the arrangements.

The family of Mr. Charles R. Darwin created this Life Tributes page to make it easy to share your memories.

Send flowers to the Darwin family.