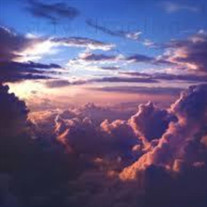 Allen Treadwell departed his earthly life and peacefully transitioned to Heaven on December 19, 2021 as he took a morning nap. Born in Dadeville to Mark Allen and Jewell Treadwell, he excelled in athletics at Dadeville High School earning a scholarship in football and baseball at Southwest Mississippi Junior College. A knee injury during his second year ended his on the field days, but he remained active in athletics from the sidelines. He graduated in 1956 from Alabama Polytechnic Institute, known now as Auburn University, and began his career in education and coaching. Allen met and eventually married a most beautiful dance teacher from Opelika, Joyce Smith. He was an assistant coach at Dadeville and accepted the head coaching position at Pike County High School in 1960. After five years in Brundidge, two bowl victories and top ten rankings in small school polls, he coached at LaFayette for two years. In 1967, Allen accepted a position with a school textbook company, and traded his whistle for a business suit embarking upon a new career which allowed him to remain close to education and his coaching relationships. He returned with his growing family to Dadeville and later became the administrator of the Dadeville hospital. As a third career in healthcare, he oversaw the expansion of the hospital to include construction of medical clinics, recruitment of physicians, and increased medical services for residents of east Tallapoosa County. A member of Dadeville First Methodist Church since birth, he served in various administrative roles and founded the Jenny Vinson Adult Sunday School Class. Allen also served as a councilman for the City of Dadeville on two separate occasions. In retirement, he loved seeing his grandchildren grow and enjoyed time spent with his former players. He is survived by his children, Mark Allen Treadwell, III (Karen), David Treadwell (Sherry), Jennifer Marie Treadwell, grandchildren David Allen Treadwell, Bishop Andrew Treadwell, Scout Treadwell and Adeline Treadwell. He is preceded in death by wife Joyce, parents, sister Christine Treadwell and grandparents Henry David and Margaret Treadwell. Whether he was known as Coach Treadwell, Mr. T., Dad or Grandaddy, he treated everyone with kindness and respect. He lived a great life, remaining faithful to his Savior and family. And, at the end, as the clock on the scoreboard dwindled to the last seconds of the game, his message to us today is the same from his coaching days: “I am proud of each of you and the way you played. But remember, we play again next Friday. Boys-load the bus, see you at practice on Monday. Managers-don’t leave any equipment on the sidelines.” Memorial messages may be sent to the family at www.langleyfuneralhome.com. Langley Funeral Home is in charge of the arrangements.

Allen Treadwell departed his earthly life and peacefully transitioned to Heaven on December 19, 2021 as he took a morning nap. Born in Dadeville to Mark Allen and Jewell Treadwell, he excelled in athletics at Dadeville High School earning a... View Obituary & Service Information

The family of Mr. Mark Allen Treadwell Jr. created this Life Tributes page to make it easy to share your memories.

Send flowers to the Treadwell family.