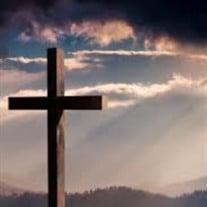 Graveside Service for Mr. Wendell Brown, 78, of Jacksons Gap, AL, will be held Tuesday, March 16 at 11:00 am at the Dadeville City Cemetery. The service will be limited to family members. Wendell passed away on Saturday, March 13, 2021 at Floyd Medical Center in Rome, GA. He was born on October 18, 1942 in Lyeffion, Alabama to Willie Sam and Maggie Brown. He came from a large family and was the second of eleven children. His love for family was a strong constant force in his life. His love of Christ was another constant in his life and he enjoyed spending time with church friends. We would be remiss not to acknowledge his love for Alabama football and peanuts as well. He was always known as a caring, kind-hearted, gentle and honest man. Wendell enjoyed his work in two professions, building and teaching, he was quite proficient in both. In his spare time, he enjoyed being outdoors hunting, fishing, or working on a construction project. In his later years, he had the pleasure of watching his four grandchildren grow and cherished each moment spent with them. He is survived by his sons, Stephen L. Brown (Melinda) of Rome, GA, and Joshua C. Brown (Tucker) of Tuscaloosa, AL; grandchildren, Lawson Brown, Connor Brown, Banks Brown, and Carter Brown; brothers, Pat Brown (Beth) of Wears Valley, TN, Harold Brown, Zane Brown and Scott Brown of Atlanta, GA, , Warren Brown (Maribel) of Andalusia, AL, Dwight Brown (Jackie) of Titus, AL, Michael Brown (Angie) of Opelika, AL,; a sister, Judy Brown Miller (Johnny) of Brewton, AL, and numerous loving nieces and nephews. He was preceded in death by his wife, Carolyn Cherry Brown of Ashford, AL, his parents, and sisters, Pam Brown Hammonds and Carolyn Brown Salter. In lieu of flowers, the family asks that donations be made to First Baptist Church of Dadeville. Checks can be mailed to P.O. Box 308, Dadeville, AL 36853 or online donations can be made at www.fbcdadeville.com, with donation link at the top of the page.

Graveside Service for Mr. Wendell Brown, 78, of Jacksons Gap, AL, will be held Tuesday, March 16 at 11:00 am at the Dadeville City Cemetery. The service will be limited to family members. Wendell passed away on Saturday, March 13, 2021 at... View Obituary & Service Information

The family of Mr. Wendell Brown created this Life Tributes page to make it easy to share your memories.

Send flowers to the Brown family.